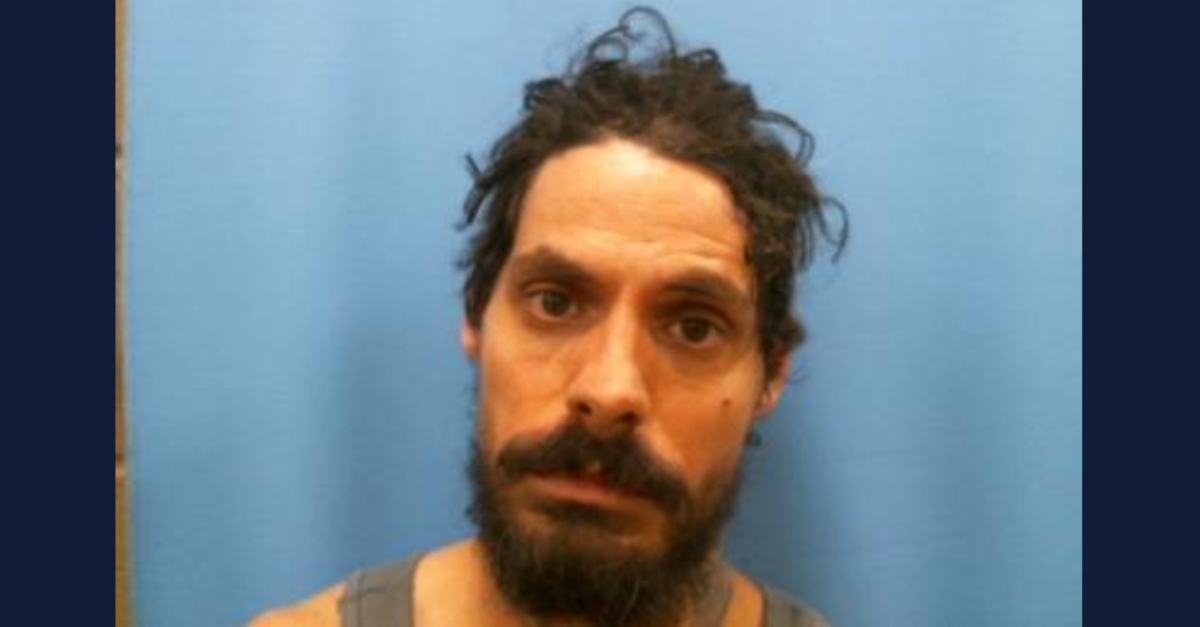 An Alabama man allegedly beat his daughter in definitively brutal fashion because she told her mother she thought he was having an affair. Christopher Andrighetti, 39, landed in the Franklin County Detention Center, where he remains on a $200,000 bond.

Deputies said they responded Monday to 100 Town and Country Trailer Park just outside of Russellville, Alabama. The report was for a father beating his daughter, they said.

“On arrival, deputies observed broken beer bottles outside, items that had been recently cut up, a broken Nintendo Switch, and blood droplets outside the mobile home door,” authorities said.

Deputies forced their way inside. They described the home being in “disarray”: a destroyed TV, laptops had been crushed and ripped apart, things scattered about the kitchen, children’s bedroom furniture thrown about, and “clothes everywhere.”

“Deputies found Christopher Andrighetti (CA) hiding in a bedroom closet. Deputies quickly took him into custody,” authorities wrote. “Andrighetti was covered in blood from self-inflicted lacerations to the arms and waist. EMS treated CA on scene.”

Law enforcement said they searched for the two child victims. They discovered one hiding in a closet. Then they found at the other. They identified the elder child, a 14-year-old girl, as Andrighetti’s daughter.

“The 14yr old began stating that she had told her mother about a social media account that CA had and that she suspected her father of having an affair,” deputies said. “When CA found this out, he began to violently beat her. He struck the daughter with his fist, a shower curtain rod, a piece of wood, shoved her to the floor, slapped her, and threw items including glass bottles at her. CA then told her to clean up the mess and when she went to get trash bags from the kitchen – saw the front door open and ran to a neighbor’s house.”

They described the girl as having “obvious injuries.”

Have a tip we should know? [email protected]